The Many Health Benefits of CBD Oil

All of a sudden, the use of CBD oil or cannabidiol has become very a popular remedy for several ailments. The many benefits of CBD oil claiming that it helps to relieve depression and anxiety, helps you sleep better and relieves chronic pain have got people taking CBD oil supplements, adding it to their night-time tea and many other every day products.

So, what is CBD oil? CBD is one among the 80 chemical compounds present in the marijuana or cannabis plant (Cannabis sativa) and the CBD oil is extracted from it and then diluted using a carrier oil such as hemp oil or coconut oil. CBD oil can also be got from hemp, the fibrous, industrial form of cannabis. CBD oil, however, does not have the psychoactive and mind-altering properties like THC (tetrahydrocannabinol), which is the main psychoactive compound found in cannabis that produces the sensation of feeling “high.”

CBD oil has become very popular in the recent years owing to its therapeutic and medicinal value and its advantages in treating several ailments and diseases. According to a study in the British Journal of Clinical Pharmacology, the properties of CBD as an antioxidant, anti-inflammatory, antiemetic, anticonvulsant, antipsychotic and anxiolytic agent makes it excellent for the treatment of conditions such as epilepsy, anxiety, schizophrenia, neuroinflammation, nausea, vomiting and oxidative injury.

How Does CBD Work?

Including CBD, all the cannabinoid compounds act as ligands and attach themselves to specific receptors in our body and produce certain effects. The human body has two types of receptors for cannabinoids — CB1 and CB2 receptors and the body also produces some cannabinoids on its own. The CB1 receptors are located throughout the body, but a large number are located in the brain which regulate various aspects such as coordination, movement, memories, cognition, autonomic, mood, sensory and pain perception, appetite and endocrine functions.

The CB2 receptors are most commonly found in our immune system and affect pain, inflammation, etc. Earlier on, it was thought that the CBD acts on the CB2 receptors; however, recent studies reveal that the CBD does not act on either the CB1 or CB2 receptors, which is probably why it does not have mind-altering and psychoactive effects like THC and in reality, CBD influences the body to make use of its own cannabinoids. 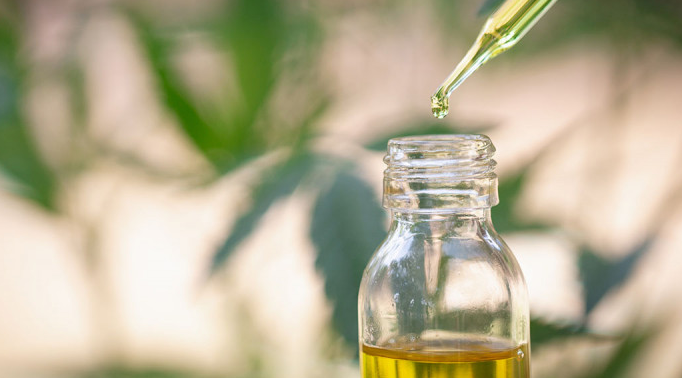 CBD is currently being heavily researched around the world and is showing promising signs as a potential treatment for many serious diseases in both animal and human models, as well as an overall health protectant and booster. CBD health benefits are extensive — it’s being used by the health communities for a variety of reasons including anti-seizure, antioxidant, neuroprotective, anti-inflammatory, analgesic, anti-tumor, anti-psychotic, and anti-anxiety properties.

Research shows that CBD oil has several advantages for the circulatory system and the heart and can also help to lower blood pressure. High blood pressure can increase the risk of many health conditions such as metabolic syndrome, heart attack and stroke and CBD oil can be a natural remedy in the treatment of high blood pressure.

A study revealed that when 12 healthy men were administered a dose of 700 mg of CBD oil, their resting blood pressure was reduced. When the men were given stress tests that increase the blood pressure normally, the single dose of CBD caused a smaller rise in the blood pressure of the men than the normal level as a response to the tests.

Many studies on animals have shown that the stress reducing and powerful antioxidant properties of CBD can help to reduce inflammation and cell death which is associated with heart disease. And, a study showed that when mice with heart disease were treated with CBD, it reduced oxidative stress and stopped heart damage.

Helps to Relieve Inflammation and Pain

The use of marijuana or cannabis to treat pain can be seen as early as 3,000 B.C. Recent research has revealed more about the pain-relieving properties of marijuana and CBD. Our body contains the ECS or endocannabinoid system, which helps in regulating several body functions such as the response of the immune system, appetite, sleep and pain. Our body manufactures endocannabinoids that are essentially neurotransmitters which attach themselves to the cannabinoid receptors in the nervous system.

Studies reveal that CBD can help to reduce chronic pain by having an impact on the activity of the endocannabinoid receptors, interacting with the neurotransmitters and reducing pain. A study in rats revealed that CBD treatment reduced inflammation and sciatic nerve pain significantly and another study showed that administering CBD injections showed that pain caused due to surgical incision was reduced.

May Have Neuroprotective Effects

Since CBD has the ability to act on the brain’s signaling systems and on the endocannabinoid system, it may be effective in the treatment of neurological disorders. Studies have revealed promising results of use of CBD oil in the treatment of disorders such as multiple sclerosis and epilepsy.

CBD oil has also shown to be effective in the treatment of other neurological diseases. Studies show that the quality of life and sleep improved in people suffering from Parkinson’s disease when treated with CBD oil. Studies also show that CBD oil may help to reduce inflammation and prevent the neurodegeneration that is associated with Alzheimer’s disease and may help to prevent cognitive decline.

Can Reduce Depression and Anxiety

Ailments such as depression and anxiety are usually treated using pharmaceutical drugs that cause many side effects such as headache, drowsiness, insomnia, agitation, sexual dysfunction, etc. CBD oil has proven to be effective in the treatment of anxiety and depression without experiencing any of the side effects.

CBD has shown effectiveness in reducing anxiety in patients suffering from social anxiety disorder and other problems like PTSD (post-traumatic stress disorder), OCD (obsessive-compulsive disorder) and panic disorder. And the qualities of CBD oil are linked to its ability to act on the receptors of the brain that produce serotonin, the neurotransmitter which is responsible for regulating mood and behavior.

A study showed that 25 people suffering from social anxiety disorder were administered either 700 mg of CBD or a placebo before a public speaking event and the group which received the CBD displayed lesser cognitive impairment, anxiety and discomfort during their performance compared to the group that received the placebo. CBD oil has been shown to be effective in the treatment of anxiety and insomnia in children suffering from PTSD. Studies reveal that CBD oil also has antidepressant properties.